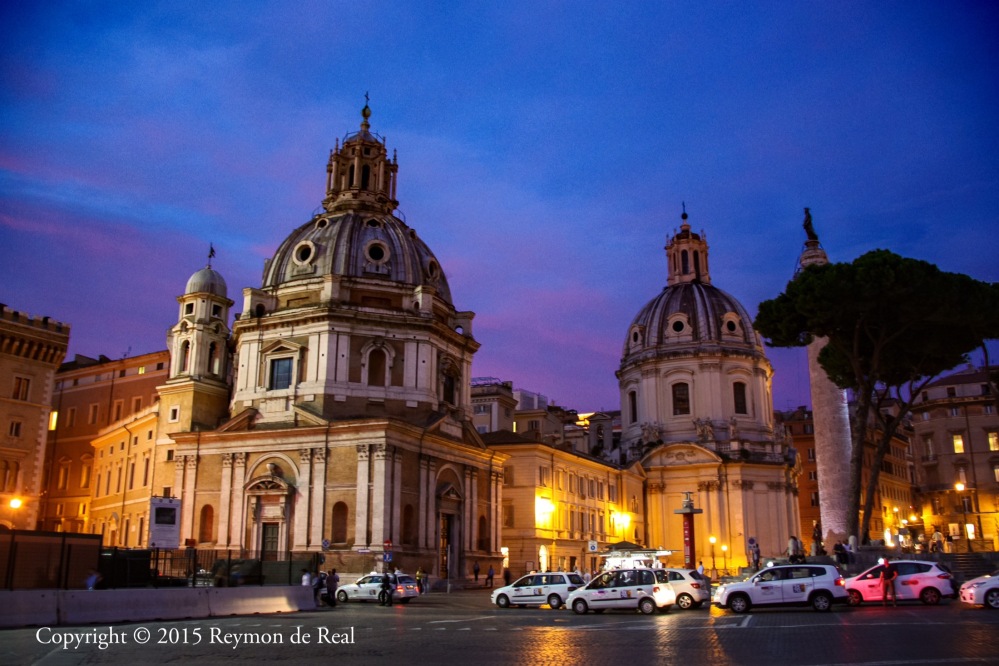 The Santa Maria di Loreto is a 16th century church in the heart of Rome just across the street from the grand Monument of Vittorio Emmanuel II.  Construction of this church began in 1507 and was completed after 75 years.  Further to the back is another church, the Santissimo Nome di Maria al Foro Traiano, which was built in the 18th century and creates the impression of twin churches.  The pillar on the right is the famous Trajan’s Column erected to commemorate emperor Trajan’s victory in the Dacian Wars.  I took this photo on my way back to the hotel after a guided tour of the Forum and the Colosseum. I personally consider Rome as the most beautiful city I have ever visited. The city’s impressive architecture with its rich earthy tones transports you to a different time of brave adventures, bloody conquests and passionate romances.