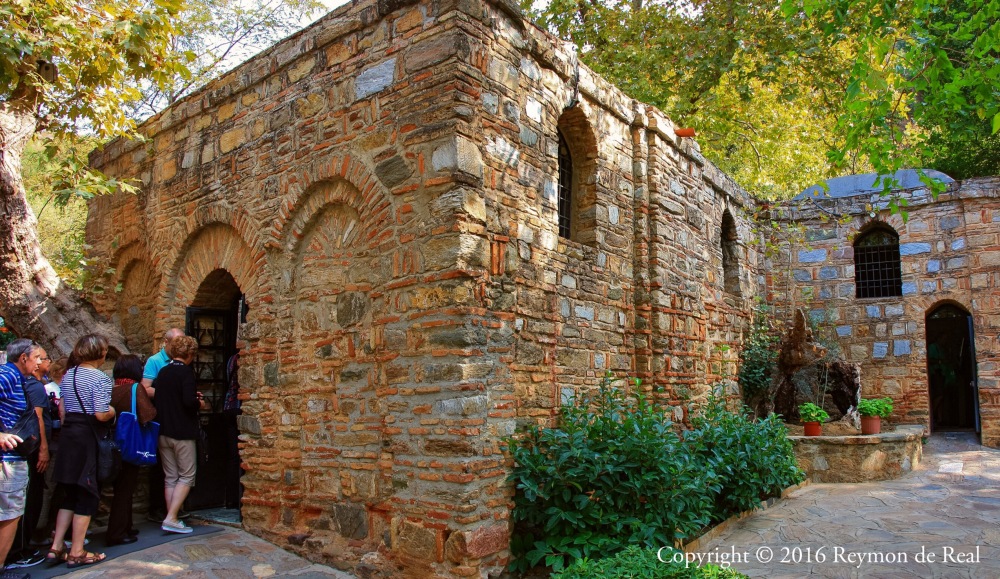 Since it’s the season of Lent for Christians, I decided to use this photograph I took back in 2014 during my trip to the ancient city of Ephesus in Turkey.  This is supposedly the former house of the Virgin Mary located near Selçuk, Turkey on a hill overlooking the ruins of Ephesus. The place was discovered in the 19th century based on descriptions in the documented visions of a Roman Catholic nun and visionary named Anne Catherine Emmerich. This place is also a famous pilgrimage shrine amongst Christians and Muslims, although, the Catholic church has never acknowledged nor denied the authenticity of the house…despite celebrating masses there (one was ongoing during my visit). Close to the house is a spring where believers can collect “holy” water and I filled up two plastic bottles for my mother and also bought her souvenir containers in the shape of the Virgin Mary. Photography is not allowed inside the house and the visit is a walk through that lasts about a minute or two.