THE AWAKENING OF HESPERIDES 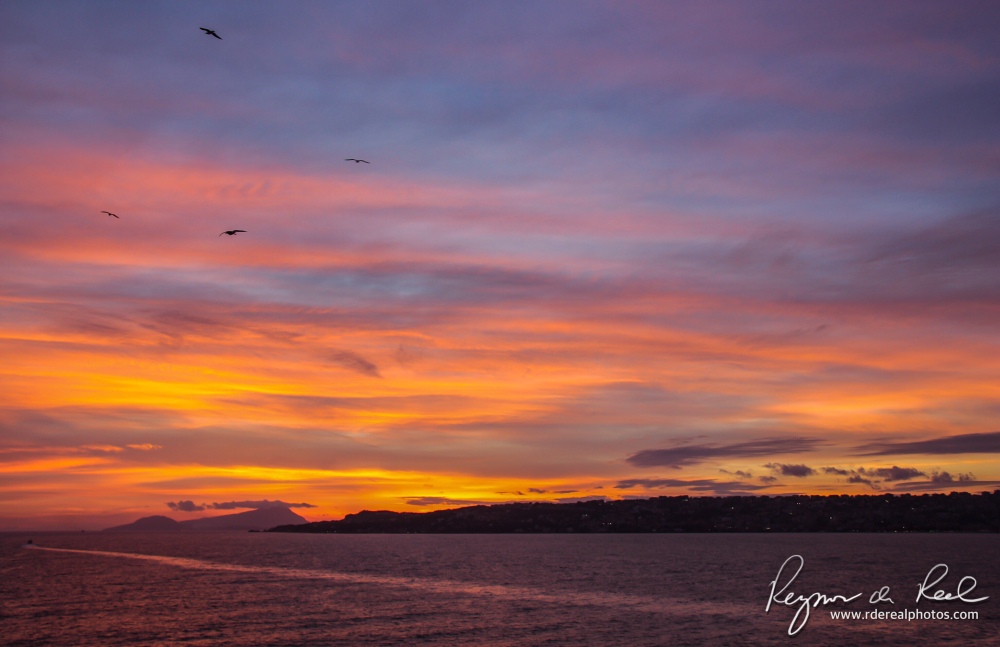 If sunsets in Greece are always this beautiful, I am not surprised why Greeks wrote the most inspired, prolific and passionate pieces of literature ever written. Their curiosity and thirst for knowledge also resulted to contributions to science, mathematics, medicine, philosophy, law, art, mythology and theater to name a few. Greece is such a beautiful country with a rich heritage and a culture that dates thousands of years back. It is amazing that a country so small has contributed so much to humanity. Imagine my excitement when I visited Greece for the first time a few years ago. My trip took me to the capital city of Athens and the islands of Santorini and Mykonos…three of the most visited places in that country. The photo above was taken on a boat outside of Mykonos as we were sailing towards the sunset. The colors of the sky was made magnificent by the perfect combination of the golden lights from the setting sun and the thin clouds filtering it. This post pays tribute to Hesperides, the four nymphs of the evening in Greek mythology, who are also the daughters of Atlas and symbols of the golden light of the sunset.

← MENDENHALL GLACIER
UNDER THE TUSCAN RAIN →

10 Comments on “THE AWAKENING OF HESPERIDES”