The first thing our tour guide taught us was how to identify a poison ivy. Apparently, there was an abundance of them in the area we were visiting so imagine my horror when we trekked through a narrow trail surrounded by a dense and lush vegetation with every leaf and branch touching me. Suddenly everything around me looked like poison ivy as I went into a panic mode waiting for the itch and rashes to begin. Thankfully it was just a short trek so I had my sigh of relief when we stepped into the clearing by the waterfalls. Fortunately for us, it had been raining for days prior to our trip so all the rivers and falls in the area were in full force. True to our guide’s primer, the Whaleback Falls did not disappoint. It may not be as grand as the Looking Glass Falls but the layered rocks created multiple mini falls that were awesome subjects for photography. Again I used the long exposure technique to create the cotton effect on the water but not long enough to capture more details, which emphasized the movement and direction of the water over the rocks. This falls was named Whale Back due to the large rock in the middle of the pool that looked like a whale’s back. It was not visible the day I was there due to the high water levels. This was the last of the three waterfalls we visited during our hike around the Pisgah National Forest at the Appalachian Mountains near Asheville, North Carolina. Thankfully no poison ivy touched me that day so I made it back to the hotel itch free. Check below other photos I took of the waterfalls. 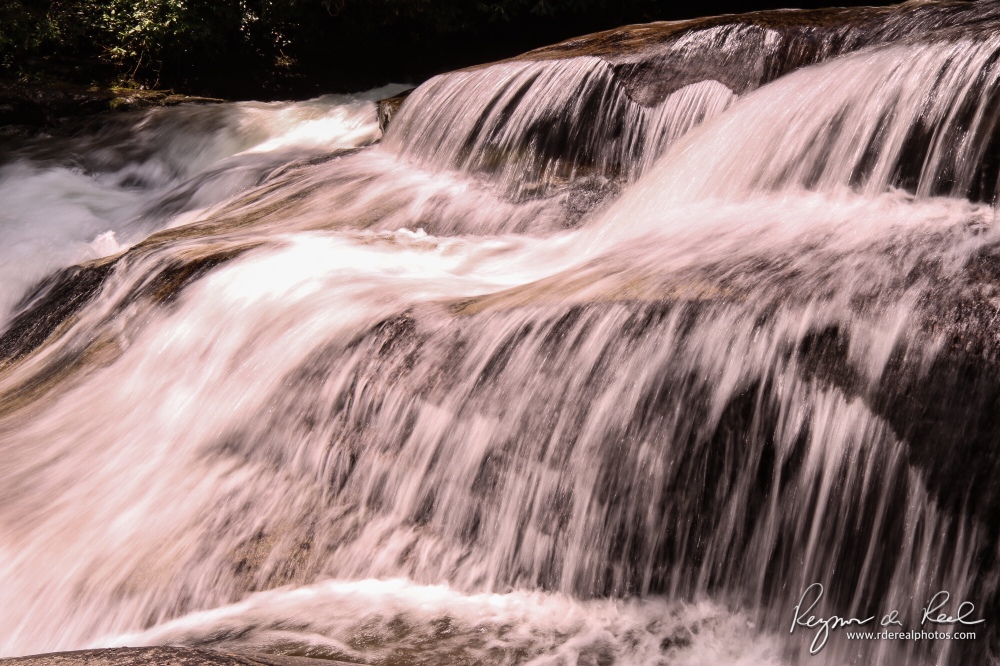 The highlight of my trip to Granada, Spain was a visit to an ancient palace called The Alhambra. This gigantic complex of walls, palaces, courtyards, gardens and pools was created in the mid-13th century around the end of the Muslim rule in Spain. Alhambra literally translates “The Red (Female)” in reference to the red clay used for the construction of the buildings.  The complex is also filled with jaw dropping Islamic art and architecture reminiscent of the Blue Mosque and the Topkapi Palace, both of which I visited in Istanbul, Turkey a few years ago. The photo above was taken at the Court of the Myrtles, named after the myrtle bushes surrounding the pool. At the center of the photo is the northern chamber, a portico with 6 beautifully decorated arches and a tower all magnificently reflected into the pool. The tower is actually part of the Comares Palace, which was the official residence of the king. I tried taking photos of the courtyard at various angles but I realized the best way to capture the courtyard was from the middle at the end of the pool. I used my iPhone 7 Plus to take this photo using the Pano Mode for a wider capture. A friend insisted that I visit the Alhambra while in Granada and I’m glad I listened to her.