I just got back from a cruise to Cozumel, Mexico and during this trip I visited Chichén Itzá, an archeological site in the Yucatan State of Mexico, which was once one of the largest and most powerful cities of the Maya civilization. This ancient city is now one of the most visited sites in Mexico and is famous for its 79-foot pyramid called the Temple of Kukulkán. Kukulkán is the name of a Maya deity, which is a feathered serpent whose head is carved at the base of the pyramid in the bottom right of my photo. During this trip, I also learned that a smaller pyramid is actually standing right inside this very pyramid because the Mayas just like other Mesoamerican cultures tend to superimpose larger structures over their older ones. While I was there, the place was packed with tourists that I immediately settled on the thought that my photos will have to include the throngs of tourists scattered all over the complex. I even stopped worrying about people blocking my view or walking in front of me while taking photos. Imagine my surprise when one of my photos turned out with barely a single soul on it…except for one holding an umbrella at the left side of the photo. I know having people in a photo adds perspective to the composition but a beautiful architectural wonder such as the Temple of Kukulkán deserves to be featured on its own. By the way, the Spanish colonizers renamed the temple to El Castillo (the castle) because of its size and intricate design. Chichén Itzá is now a UNESCO Heritage Site and was recently voted as one of the New7Wonders of the World. 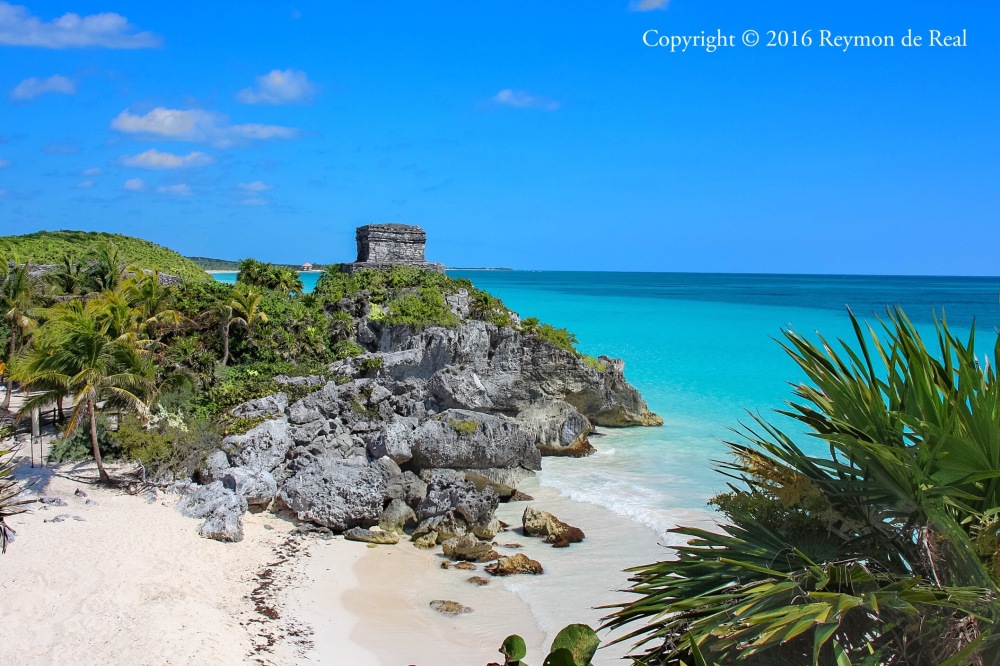 The ruins of  Tulum is located on the east coast of the Yucatán Peninsula in the state of Quintana Roo in Mexico.  This city was one of the last ones built and inhabited by the Mayans from AD 1200 until it was completely abandoned by the end of the 16th century. Our tour guide informed us that this is the only Mayan city which lies close to the shore. Being in the presence of these ancient architectural wonders was in itself quite an experience already…so imagine that jaw dropping moment when you step out of a corner and see sprawled before you the sapphire blue waters of the Caribbean Sea.