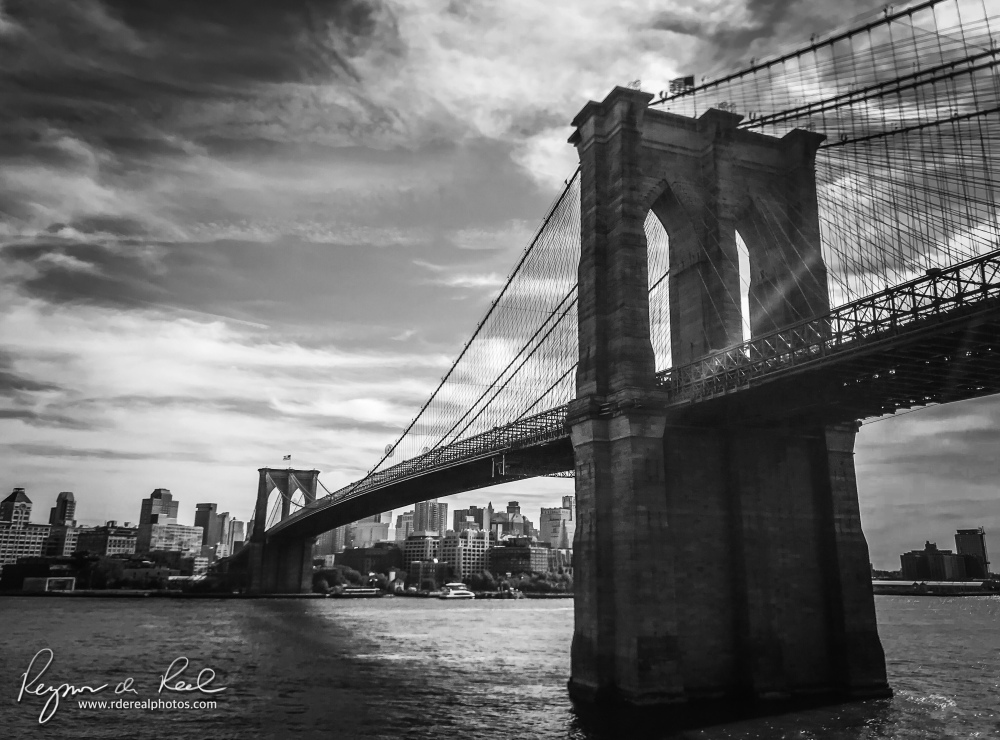 I have visited New York City multiple times but I have never made it close to the Brooklyn Bridge. I have seen it from a distance at the observation decks of the Freedom Tower and the Rockefeller Center but never standing in close proximity. Two weeks ago I was again at the Big Apple for a theater weekend and decided to pay Chinatown a visit for some dimsum. Finally, I found myself in the vicinity of this architectural masterpiece but still not close enough to take a photograph. I thought I would again miss my chance to capture it, however, on my way back to the hotel the cab I was riding took the ramp beside the bridge to get into FDR Drive. I realized this was the closest to the bridge I will ever be so I immediatly pulled out my phone just as we were speeding through and started snapping photos. The photo above may not be the sharpest, understandably since it was taken inside a speeding cab, but I do love the angle, the cloud formations and the rays of the sun filtering through the cables of the bridge. I also thought that presenting the photograph in monotone created a timeless mood to this remarkable feat of engineering. Aaaaaah…Brooklyn Bridge! It’s good to have finally captured you.

6 Comments on “THE BRIDGE”