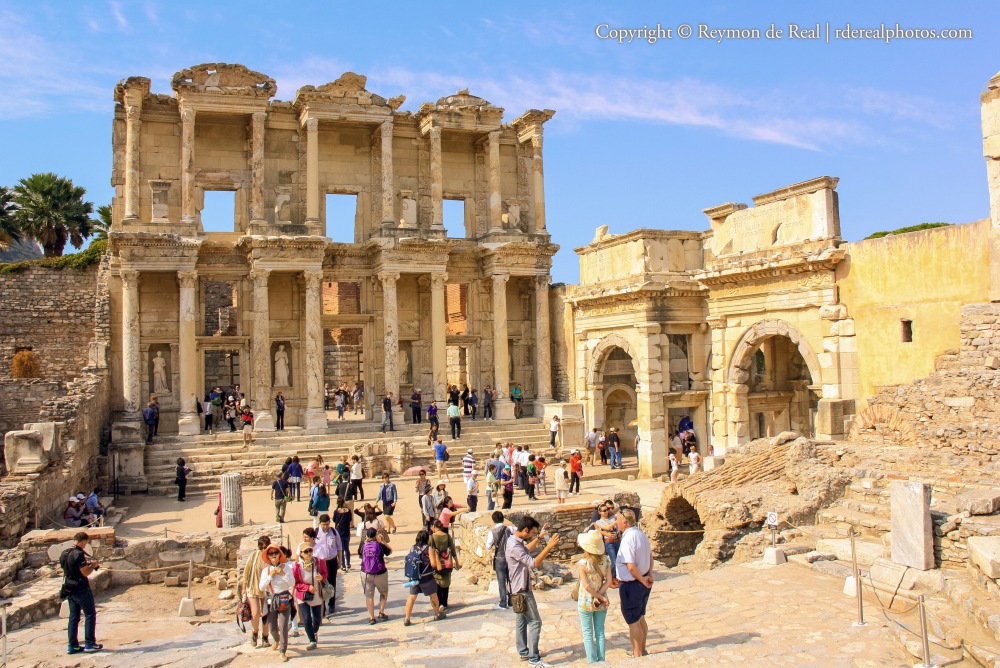 The ancient city of Ephesus in Turkey remains at the top of my list for the best places I have ever visited in my entire life. I have always been fascinated by ancient cultures and what I saw in this archeological heaven blew me away. Built in 10th century BC, the city featured an advanced acqueduct system, mosaic-tiled sidewalks, a hospital, temples, schools, public baths, library, theaters and an amphitheatre with a seating capacity of 25,000.  My hometown was founded less than 100 years ago and we don’t even have an amphitheatre.  The photograph above shows the Library of Celsus, which was built in memory of Tiberius Julius Celsus Polemaeanus who was a former governor of Roman Asia. He was buried in a sarcophagus beneath this library, which used to house almost 12,000 scrolls. Ephesus may not be familiar to a lot of people, but if you remember the Seven Wonders of the Ancient World…this city used to be home to one of them…the Temple of Artemis.